According to his Instagram page, @alifeinstories, Isaiah Pittman is a librarian, a cinephile, and a badger. His reviews of books, movies, and CDs, which appear on his page and on various shelves at the New York Public Library’s Inwood branch, are indeed claw-sharp and furry-warm.

The three that caught my eye were about Paula Hawkins’s novel, The Girl on the Train; Kristin Roupenian’s short-story collection, You Know You Want This; and Robert Brockaway’s novel, The Unnoticeables. In the last one, check out the way Pittman’s hyphenated and modified adjectives build authority and sass. 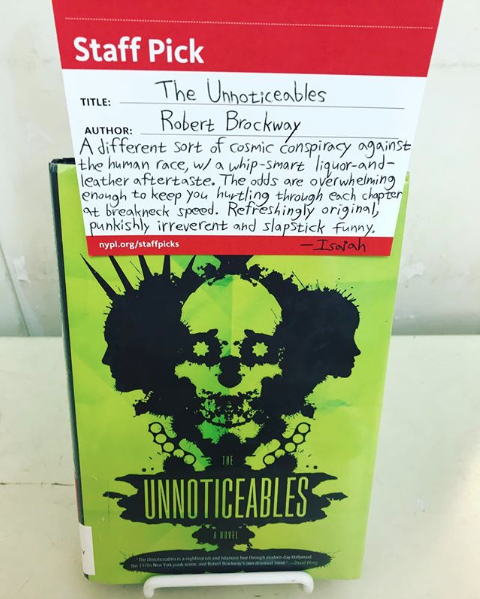 Then there’s the perfect brevity of this review, rolling forward on greasy adverb-adjective-noun combinations. 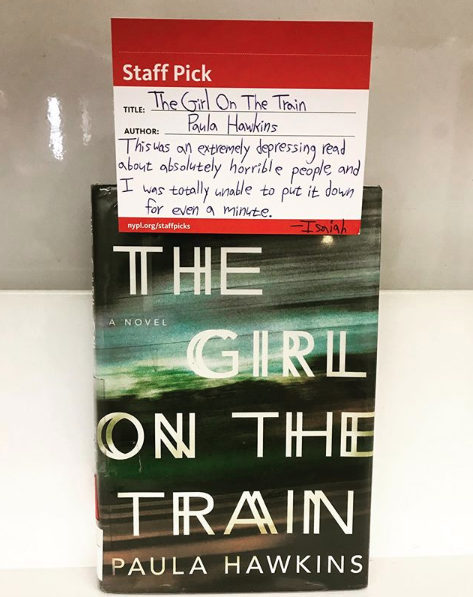 There are plenty of highlights in this one—including the evenhanded opening qualification—but the third sentence takes the donut. 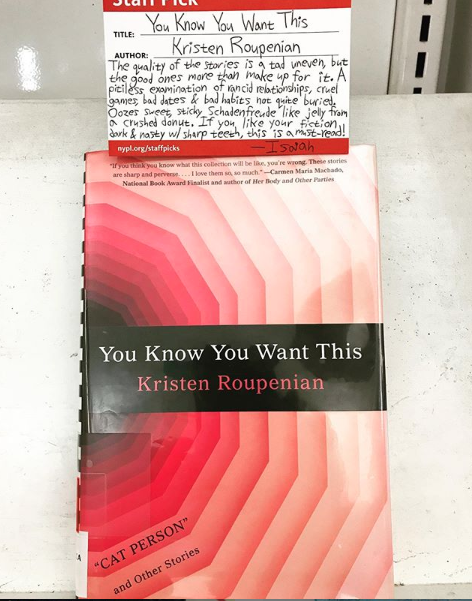 True to his word, Pittman describes plenty of movies, too, like the Ramones-inspired Rock ‘n’ Roll High School and Sidney Lumet’s Network, and some albums, such as Iggy and the Stooges’ Raw Power and Joy Division’s Unknown Pleasures. 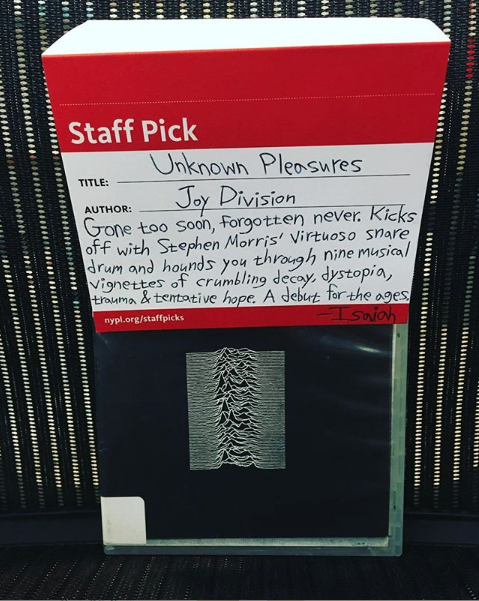 Pittman explained that he commonly keeps the red and white card when a library user borrows one of his picks.

“I have a stack of them now as thick as a telephone book,” he wrote via Instagram.

When a user returns a title, Pittman finds its review and rejoins it to the book or box. His handwritten cards beautify the branch like bicolored petals of thought.

If you can’t visit the garden, @alifeinstories collects all of Pittman’s work. You may never want for a source of book, film, or record recommendations again.
at November 03, 2019 No comments: